Blog » Motivation » Sports Star Babies: The Names Which Are Most Likely to Become Sports Stars

We all want the best for our children – for them to be happy and healthy and successful in whatever they choose to do with their lives. But if we’re honest, wouldn’t we love to see our kid lifting the Cricket World Cup or being presented with an Olympic gold medal?

If you’re hoping to raise a future sports star, there are, of course, things you might do to help them achieve their dreams, but what if that help could start before they can even take their first steps? What if you could give them a sporting superstar name?

We wanted to find out which names are most likely to become sports stars so you can give your kids a sporting start. Compiling a list of more than 8,500 sporting personalities, we were able to discover the most popular names for men and women at the top of their game in a huge variety of sports all over the world.

When we look specifically at sports stars from Australia, we see a lot of the same names popping up as well as a few that didn’t make it to the  overall top 10. 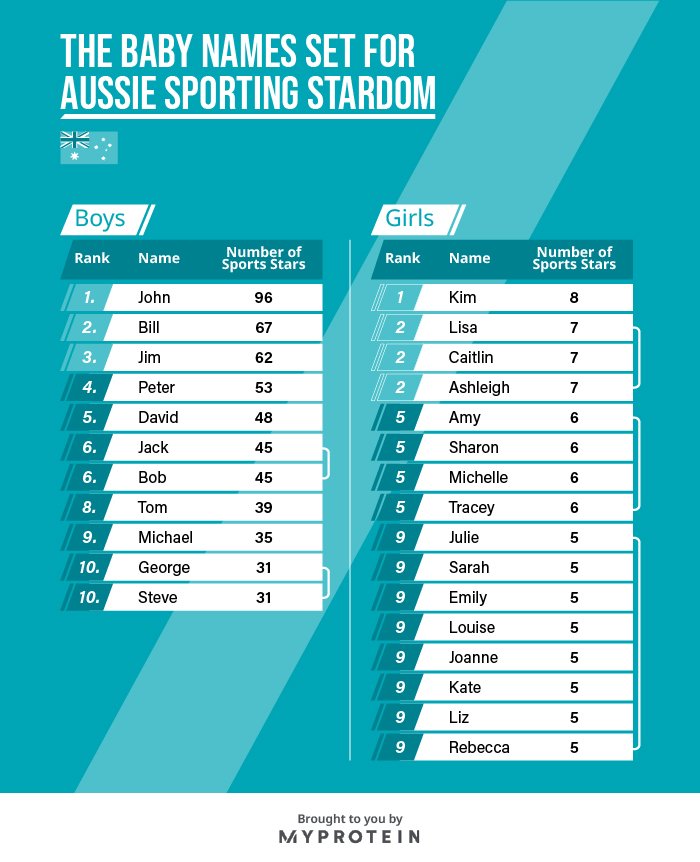 When we looked at men in sport, we compiled a list of 5,835 sports stars from tennis legends to soccer stars. We then merged derivatives and iterations of those names to give a total number. For example, the number of stars named Bill includes those named Billy,
William, and Will.

The top names are held by some of the most iconic sporting stars, such as the hot-tempered tennis pro, John McEnroe, legendary basketball player, Michael Jordan, and the footballer affectionately known as ‘Golden Balls’, David Beckham. 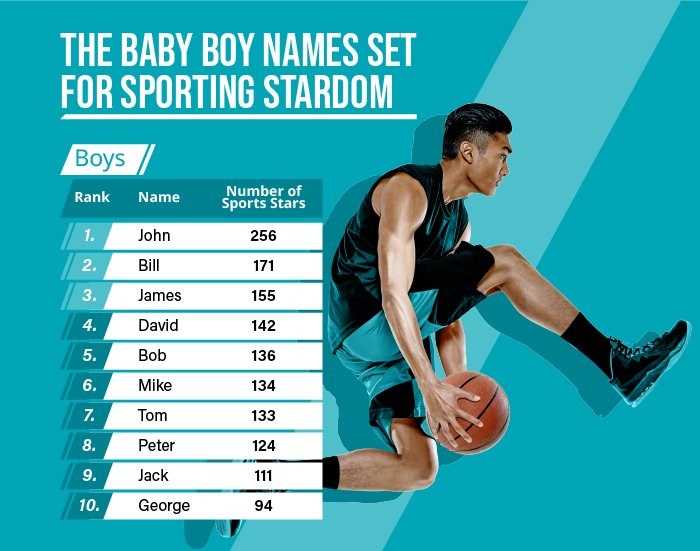 Looking at women in sport, our list comprised 2,702 sports stars, from Olympic athletes to champion surfers. As with the men’s list, we merged all versions of the names to give us our totals. For example, in counting sporting Anna’s, we also included the names Anne, Ann,
and Ana. 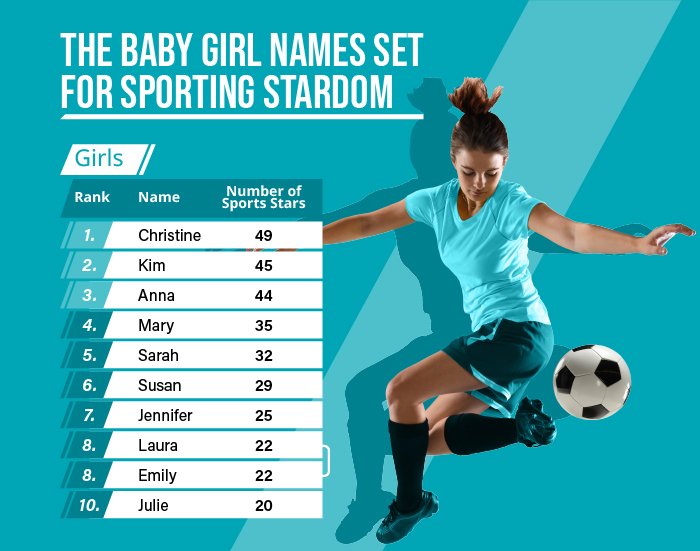 We used a large number of Wikipedia lists as well as articles from sources such as GQ, Business Insider, and The Independent to compile a list of 8,537 sports stars from a range of sports and countries, paying particular attention to sporting names from Australia, the UK,
and the USA.

These lists were then separated by gender with the totals of each name counted before merging derivatives and iterations of the same name. This meant that we counted names such as Jonathan, Johnny, and Jon under the umbrella of the name John.

How To Speed Up Your Metabolism | 15 Metabolism-Boosting Tips

How Healthy Is The Soup Diet?

How To Make Protein Pancakes | Guilt-Free