Well, no, but also possibly yes. It depends, but we’ll get into that shortly.

It’s pretty archaic but even to this day that’s the general stereotype and many people still believe that men and women are inherently different when it comes to how they should be training.

So, is this the case? Absolutely not.

How our muscles adapt to exercise does not differ between Men and Women. When we train, microtears in muscle fibres occur and in between training sessions our body will repair these fibres.

This can ultimately lead to adaptation of the muscle, either leading to its growth or ability to produce force, move more load, and perform more reps. 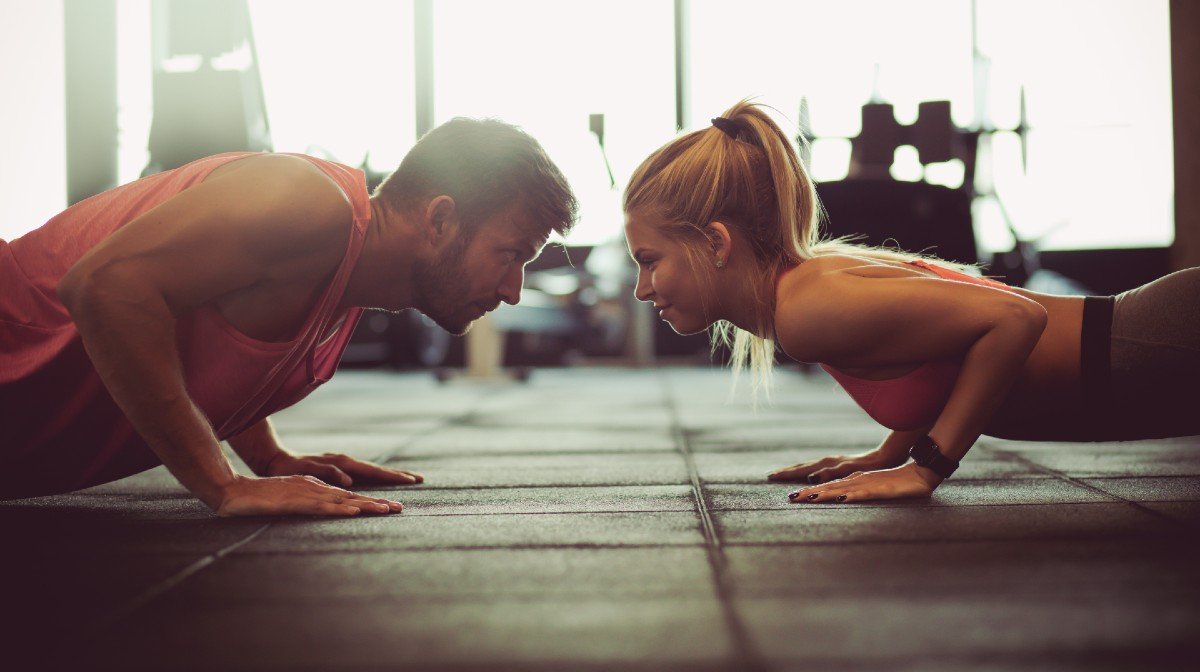 The more subtle differences in how men and women should train arise when we consider the impact of our hormones. More specifically, our sex hormones, as they distinguish us physiologically as a man or woman. In relation to exercise, the sex hormones can impact musculature, bone structure, how we perform and also how we recover.

Testosterone is considered the major anabolic (muscle building) hormone with multiple physiological functions within the human body. Testosterone is also the dominant hormone when considering the male hormonal profile.

Despite being universally recognised as the “male” hormone, it actually plays pretty important roles in exercise and body composition for women too (having around 200 different processes it contributes to).

Testosterone binds to receptors on the surface of muscle cells and stimulates protein synthesis to build the muscle after damage during resistance training. It also increases levels of growth hormone which the body produces in response to exercise. Growth hormone also plays a part in protein synthesis and muscle growth.

Men generally have more muscle mass than women simply because they have higher testosterone levels.1 Consequentially, men tend to be stronger too for this very reason. But does this mean that women should train differently?

Women do face additional challenges when it comes to training. This is thanks to their menstrual cycle; a continually changing hormonal profile which can impact a female trainer psychologically and physiologically. A constantly shifting set of “goal posts” that women have to be aware of when considering how they program their training.

There are two primary hormones in the menstrual cycle; oestrogen and progesterone. A woman’s primary sex hormone, oestrogen is the single biggest thing that differentiates a woman from men.

Oestrogen influences everything from metabolism to muscle glycogen storage to bone and even mental health.

However, oestrogen can be highly advantageous for a female trainer While men may be able to move more maximal loads and generate greater power output (particularly when it comes to upper body focused exercise), thanks to oestrogen, women actually recover faster.

This is reflected in studies evaluating the effect resistance training has on women compared to men and how both genders perform.

Studies have found a similar upper body strength response to resistance training in women and men over the course of ten weeks.2

And whilst men seem to have superior performance in upper body testing, women and men actually perform more or less head to head when it comes to lower body exercise.3

Progesterone is the other major hormone involved in the menstrual cycle. It often gets a bad reputation as the rise in progesterone, met with the simultaneous dip in oestrogen occurring in the second half of your cycle, typically correlates with PMS symptoms.

As progesterone rises it may become more physiologically and psychologically difficult to train. It’s hard to motivate yourself to exercise when your body is feeling “meh”.

Which is why earlier we alluded to the fact women, although they don’t have to train inherently different to men in what they do, may have to train “smarter”. You can almost time your training cycle around your menstrual cycle to get the optimal effect:

Here’s a table to help you visualise it: 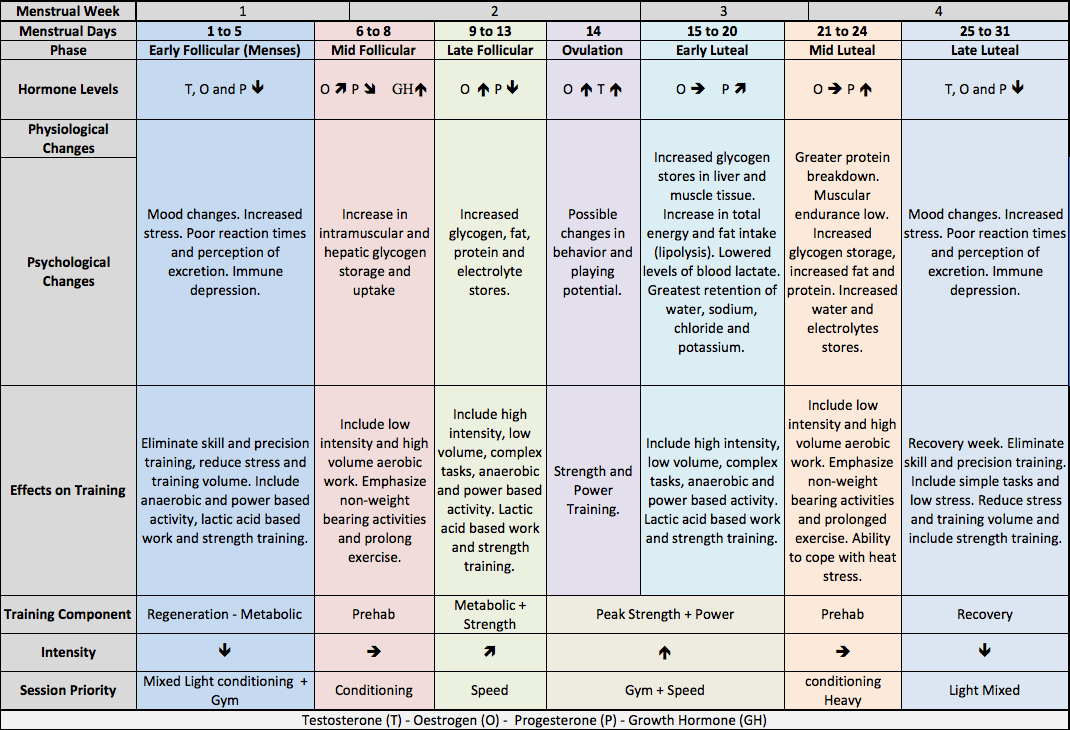 There is no reason as to why men and women should train differently. It’s highly advantageous for both genders (of all ages) to not only incorporate resistance training but also some form of cardiovascular activity too.4 Not just for general, short- and long-term health but for body composition, mental health and much, much more.

To optimise a training program, women may have to train smarter than men. Men’s hormonal profiles don’t tend to change, whereas women’s change can change from day to day.

While some forms of birth control can mitigate that issue, it’d still be wise to program in a way that best suits your physiology.

All in all, old stereotypes of who can train what should be binned and both genders will benefit from weight and cardiovascular training.

Depletion Workouts | What Are They?

5 Pre-Workouts To Fuel A Sweaty Session