Blog » Supplements » What Is Trans Resveratrol? | Benefits, Side Effects, Dosage

Resveratrol is the reason behind the notion that drinking red wine can be positive for your health.

This polyphenol compound found in the skin of grapes has the science world in a tizzy as researchers from Harvard University have shown that mice fed with resveratrol amazingly had a 25% greater life expectancy than similar mice not exposed to resveratrol, and did not gain weight when given a high fat and high-calorie diet (compared to controls) (1).

This article will explore the evidence behind the benefits of Resveratrol and specifically Trans-Resveratrol, and also present some of the potential side effects. 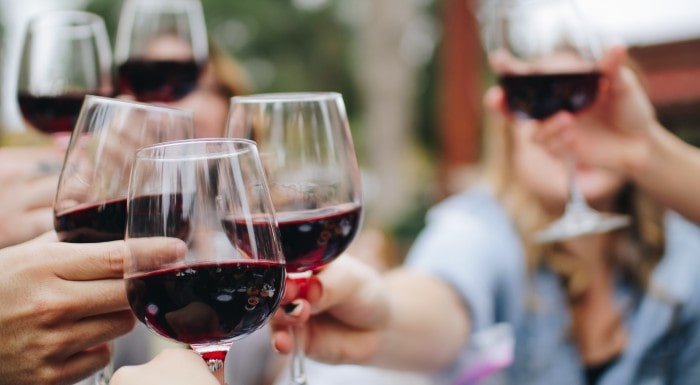 Polyphenols are a specific group of plant compounds that have been deemed to have positive health benefits. There are approximately 8,000 types in nature, of which resveratrol is one (2).

These molecules are generally found in the skin of plants and work to protect them from environmental stress. Through a concept of xenohormesis, plants respond to stress by changing at a molecular level (such as the accumulation of resveratrol in the plant’s skin), which then leads to induction of a biologically beneficial and protective response in the animals which have consumed the plant (3-6).

Trans-resveratrol is deemed to have the greater biological activity of the two isomers (7).

Interest in resveratrol stems partially from the cardioprotective effects of drinking red wine (8).

Researchers postulate that a higher-than-average wine consumption in this population may protect them from having cardiology issues (9), and informs the extensive research into the components of wine to discover which elements provide this protective effect.

In 1992, resveratrol was examined more closely and identified as a key component of grape skin for this function (10-11).

Since this discovery, further research has been undertaken showing that resveratrol also shows anti-inflammatory and anti-oxidant effects; as well as an amazing ability to extend the lifespan in various animals (12).

What does Trans-Resveratrol do and what are its benefits?

The health benefits of trans-resveratrol are widespread and through various mechanisms, this compound has been shown to prevent cell damage and help sustain health.

1. Trans-Resveratrol as an anti-oxidant

Firstly, a number of the systemic effects that resveratrol provides are through its capacity as an antioxidant and anti-inflammatory agent (16).

For example, resveratrol has the ability to induce the activity of a key protein (PGC-1) which results in more cellular energy (e.g., muscle, brain, heart) to reduce cell damage (17-18).

With more mitochondria available in muscle more oxygen can be delivered to aid oxidative phosphorylation, which can assist exercise endurance performance.

Alongside the benefits to the cardiovascular system, resveratrol has also been seen to have a protective effect on the nervous system.

For a number of degenerative neurological conditions, resveratrol seems to have a benefit in preventing degenerative changes.(34)

Trans-Resveratrol influences a variety of metabolic pathways to reduce the damage done to brain tissue over time (34).

3. Trans-Resveratrol may have anti-aging properties

Probably one of the most amazing physiological mechanisms provided by resveratrol is related to its remarkable effect on the aging process. This mechanism revolves around a distinct group of enzymes called sirtuins, which are released in the presence of resveratrol.

It’s thought that the main function of these enzymes is in the promotion of survival and resistance to stress (44), and in some lower animal forms (yeast, worms and flies) the genes which encode sirtuins are associated with longer life (45-47). Incredibly this association is also seen in mammals (7).

As you may expect the high-fat diet group showed a greater incidence of disease and died sooner, however, those rats given resveratrol (alongside high-fat diet) lived for as long as the control group.

They also showed reduced signs of chronic disease. The life span increase seen with resveratrol supplementation is considered due to its potent activation of a particular gene (which is critical to aging) called SIRT1 (48). The activation of this gene influences a number of processes and is particularly activated during periods of calorie restriction (seemingly as a survival mechanism) (49).

This is further supported by studies that show that resveratrol could extend the life of a particular species of fish by 59% with maintenance of brain and motor functions during aging (50).

Now whilst the question remains whether this enhancement of SIRT1 by resveratrol could transfer to humans, it remains an area of keen scientific interest in the aging and disease- research community. 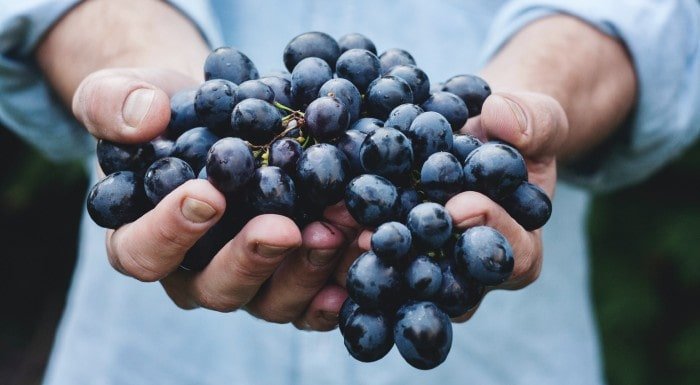 As already stated, wine is a common source of resveratrol, however, in this sense, not all wine is created equally.

Red wine (e.g., Pinot Noir) has a concentration of resveratrol up to 14mg per litre (7), whilst white wine has less than 0.1mg per litre. This would indicate the importance of grape colour when choosing a source of this compound.

However, even a red grape juice only contains 0.5mg per litre and a whole grape contains 3.54g per gram, thus indicating the importance of the concentration of resveratrol within the skin which is accentuated and accumulated in the winemaking process.

Other sources of resveratrol are peanuts (maximum 1.92g per gram) and the herb Japanese Knotweed which has a concentration of 0.524mg per gram (13).

The Compounding Pharmacy of America recommends clinical doses between 500-1500mg per day for treatment of disease, but a healthy person likely doesn’t need doses this high. Most supplements come in doses of around 500mg.

Side Effects and Safety

Studies examining the effects of resveratrol show that supplementation is very safe for humans. For example, one particular study (52) showed that 5g of resveratrol daily showed no adverse effects.

Similar results were seen in another study (53) which supported the use of 4g per day for a period of 3 months with no side effects.

Admittedly, the purpose of this article is not to convince you of the potential for resveratrol to boost your chances to achieve eternal life.

Instead, we just want to show you the potential benefits it can provide to aid your cardiovascular, metabolic and neurological health.

Trans-veratrol is one of the isomers of resveratrol, researched to have anti-inflammatory and anti-oxidant properties.

What are the benefits of Trans-veratrol?

Trans-veratrol has been researched to have a number of properties, including anti-inflammatory, neuroprotective and anti-aging.

What are sources of trans-veratrol?

Red wine, peanuts, and Japanese knotweed have all been found to contain trans-veratrol.

What are the side effects of trans-veratrol?

There have been no adverse side effects attributed to the intake of trans-veratrol.

Callisthenics Workout: Bodyweight Training You Can Do Anywhere