We’re glued to our TVs when Wimbledon comes around, hit share on our favourite athletes’ success stories, and watch in awe as they’re presented with gold medals. Their success is so inspiring that sometimes we forget to ask how they got there. Where they began, the ups, the downs and everything in-between.

In this series, Road to G.O.A.T. (greatest of all time), we got all the info from some of our most successful ambassadors and inspiring athletes on how they got to where they are today. In this episode, Sub-Junior World Champion Powerlifter Laoise Quinn tells her story; from the cardio section to squatting 147.5kg, all while balancing being a full-time student. 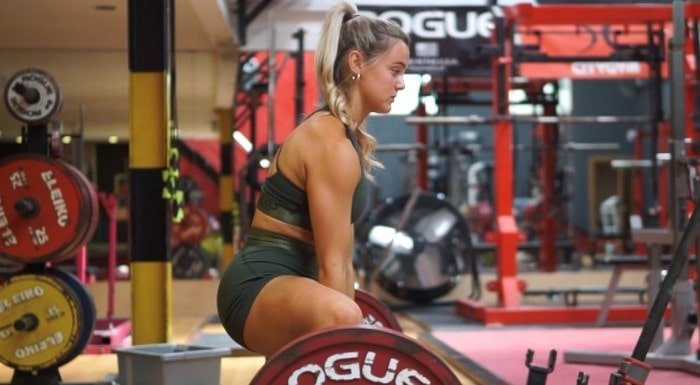 “The best thing I’ve ever done”

Of course, Laoise didn’t start by lifting more than double her body weight, she started (like a lot of us) in the cardio section. And at 14 years old, heading into the busy weights section was an intimidating thought, but Laoise got over that pretty quickly.

“I got bored of cardio eventually and moved down to the weights section. I was actually so scared to move down to that section because the gym I was in at the time it was very much like the girls were on one side doing the cardio and the boys were on the other side doing the weights. But I was like ‘it doesn’t matter I’m just gonna go down’ and it was the best thing I’ve ever done”.

Although this sparked Laoise’s love for lifting, she eventually got bored of her routine and wanted more. So, she joined a powerlifting team, and immediately felt at home.

“Straight away it was the most welcoming thing ever. I did sports when I was younger like gymnastics but I’ve never found a community like I did with the powerlifting community.”

Laoise confesses “I was actually really bad when I started, but I got a coach and I signed up to a competition and now I’m here and I just won World’s.”

Tracking calories and macros at any age can be incredibly daunting, and having to pay special attention to your weight for your sport has the potential to lead into negative eating habits.

Laoise was tracking calories at 14 for the wrong reasons. Her nutrition was solely based around her appearance and she says she “definitely had a really bad relationship with calories”.

“It even affected things like if I was with my friends and we were having a movie night and … I remember this so distinctly – there was a bowl of sweets on the table and my friends were just picking at them, having one every now and then and I just kept picking at them and I was like, how do they have so much control that they can just take one when they want and I just can’t get control over it?” 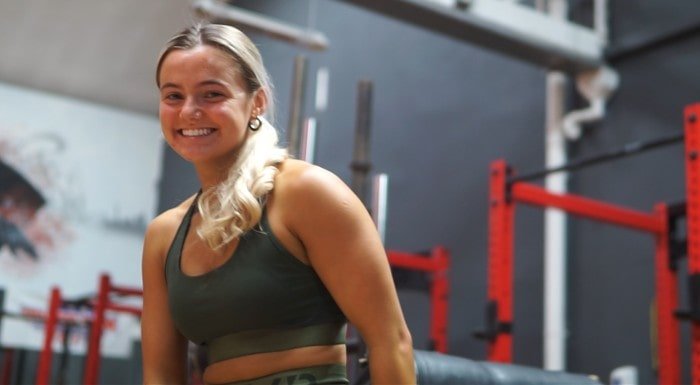 This moment with her friends, and seeing her training begin to suffer were two moments which triggered Laoise’s mindset shift.

Laoise began educating herself and finding inspiration through people going through the same thing. She learned to use macro counting to her advantage, without leaning on it. She began the shift.

“The first thing I did was up my calories and straight away I saw such a big change. I was fuelling myself and my body so I wasn’t craving all the things that I was cutting out and I had more space in my calories then to include chocolate at the end of the day and now I can’t go a single day without chocolate I have it every single day even leading up to world’s I could never cut that out of my life – I don’t want to live a life without carbs or chocolate!”

Her mindset towards food and calories has totally switched gear. Laoise explains she’s now able to understand she eats good food to feel good both mentally and physically.

Behind most G.O.A.Ts is a solid support system. For Laoise, her two coaches have had a particularly prominent impact on her.

“My first coach, I was really young when I started and whenever I was doubting myself he just reassured me saying ‘you can go really far in this if you just keep doing exactly what you’re doing’. So, I think that was a huge thing was having him in my life.”

“Then I moved onto a different coach and they both just really reassured me and made me believe that I could really talk to them if anything was going on. They were always two people that boosted my confidence when I didn’t have confidence”

Laoise also talks about having to miss out on typical teenage rights-of-passage like going out and partying with her friends. She says her friends are really supportive of her training, and she’s also made life-long friends through powerlifting that share her same goals.

“I wouldn’t do things that my friends are doing like going out and partying, things like that because I’m quite strict with training, so I did feel like I was kind of missing out on that side of things. But then as I started to get more into powerlifting, I’ve made friends with people who have the same values as me and are working towards the same things as me so it’s like I’ve found my people now, and we’re all working towards the same thing, it’s just great.” 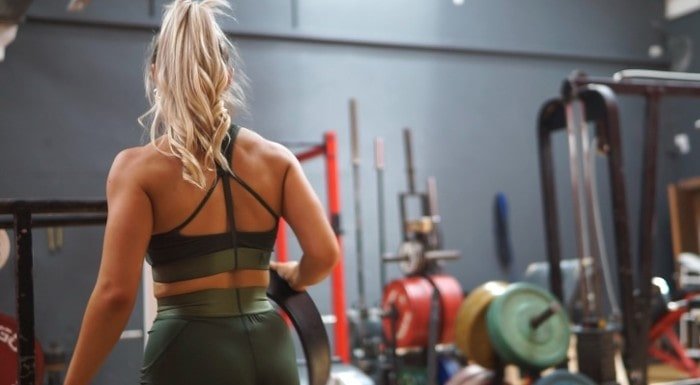 All of this working up to the big moment. Laoise’s win at the world championships.

It’s hard to imagine what a moment like that feels like if you’ve never been in professional sport, and although Laoise looks cool, calm and collected, she says the nerves were most definitely there.

“I was so nervous coming into squats I couldn’t eat or anything and I said to the coaches in the warmup room ‘just put something on the bar and if I can do it great, if I can’t then that’s just too bad’”

After squatting a hefty 147kg, Laoise composed herself for the bench and got to work. That was when she realised, she’d got the win.

“I was onto bench and I think it was after bench then I just looked at my coach who’s also my boyfriend and I said ‘do we have it?’ and he was like ‘oh, we have it’ and I was just shaking and trying to fight back the tears because I was going on in two minutes for deadlifts and I couldn’t believe it.”

Laoise ended up benching 77.7kg and deadlifting 155kg before she was presented with her well-deserved gold medal.

Laoise is only 18 and has already dealt with some incredibly difficult challenges, oh, and won a junior world champion title too. At 18 her road to G.O.A.T may have some distance to cover yet, but we’re pretty certain Laoise will be racking up a few more titles over the coming years.

He didn't let his chronic pain condition get in the way of his World Record.

Tom Stoltman On His Plan To Be 'Back-To-Back Champion' | Road To G.O.A.T.

4 Leggings To Cover Every Training Type ­— *Adds All To Basket*

How Hygienic Is Your Gym?