The diet industry is riddled with the classic sales approach of “we have a solution to the problem you didn’t know you had until we told you about it”.

One of the most egregious fibs dieting “experts” will tell you is that your metabolism is in some way “broken” or “confused”.

If our metabolism ever became confused or broken, weight loss would be the least of your worries. In fact, you probably wouldn’t have any worries because you wouldn’t be here any longer…

But what exactly is our metabolism? 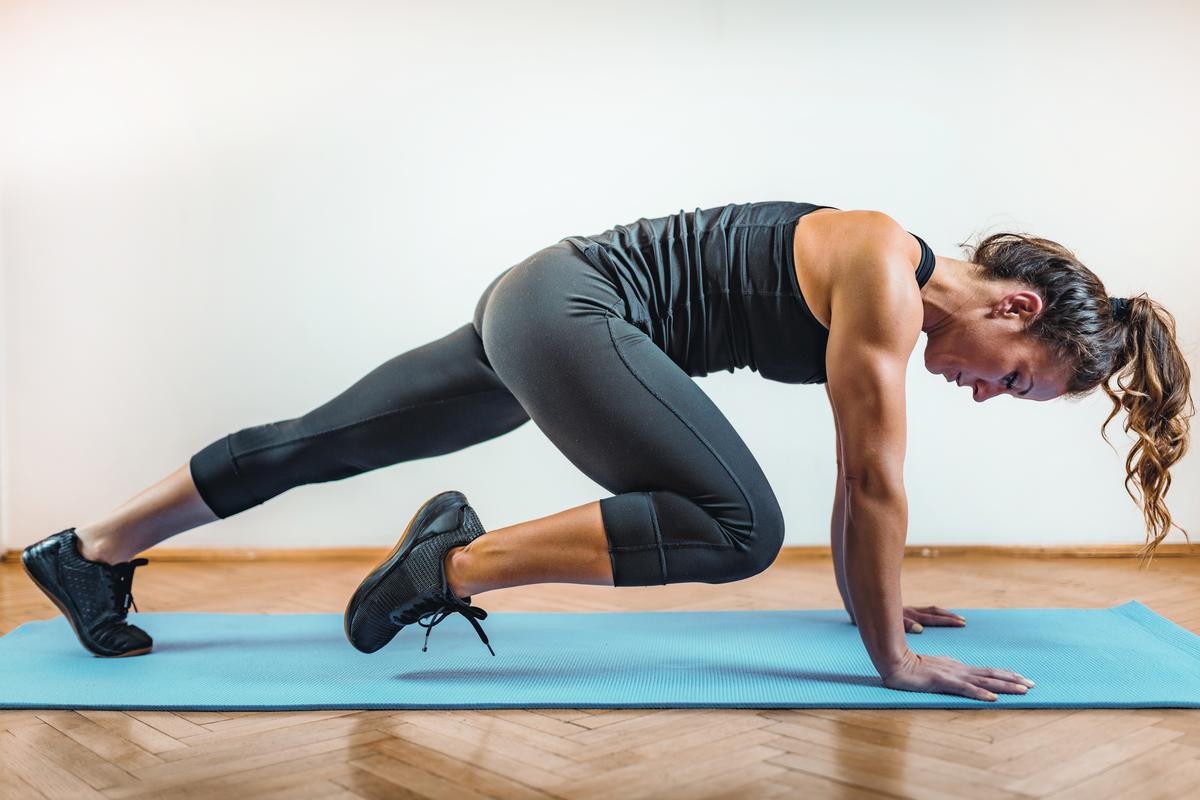 Human metabolism isn’t simply how we manage our weight but it encapsulates all of the chemical reactions that occur within our body.1

These chemical reactions are continually ongoing and are responsible for energy production, repairs, respiration and removing harmful waste products.

Your metabolism isn’t simply one thing — it’s an umbrella term for a countless number of things all occurring continually.

It’s kind of like the immune system; we see it as this singular system (maybe because that’s easier to visualise) when, in reality, it’s a complex mish-mash of many organs and other components of our body all working in synergy and in a state of continual flux to keep you protected.

Your metabolism, much like the immune system, is also constantly changing.

For instance, when you eat your metabolism increases. Why? Well, to break down the foods and utilise the nutrients that have just entered the system.

Want to know something else cool about your metabolism? We’re constantly storing and breaking down stored nutrients. Fat for example — we’re always breaking down fat somewhere in the body whereas in other places we could be storing it.

Significant weight or fat loss occurs when this turnover is in favour of fat being broken down and used for fuel as opposed to being stored.2

This is most readily achieved by sustaining a calorie deficit, but what we eat and the activity we perform also play an important part.

Metabolism doesn’t break… but it does change

Hopefully, by now you understand that “metabolic damage” or “confusion” or even a “broken metabolism” are buzz words for salesy types and not what’s actually happening within our body.

“But why is it that when I’m in a calorie deficit I’m not losing weight like I’d expect?!”

Well, there are quite a few reasons for that actually…

Metabolism won’t break or get confused but it does change. It can speed up, slow down, and adapt to the nutrient intake you’re providing.

There are a number of reasons why your metabolism may speed up:

If the goal is weight or fat loss (which may not always be the same thing bear in mind; you can lose weight without it necessarily being fat) then incorporating these strategies (within a calorie deficit framework) would be advised.

Ultimately, the goal should be to retain as much lean muscle mass, maintaining exercise performance as best you can as well as eating as much as possible whilst achieving weight or fat loss.

This is how you keep your metabolism on your side whilst achieving that ideal muscular, lean physique.

On the other hand, there are a number of reasons why your metabolism may slow down, and this is really where a lot of that frustration around dieting comes from:

This myriad of mind-numbingly frustrating hurdles to achieve that weight loss you’re aiming for is coined “adaptive thermogenesis”.13

This essentially encapsulates the behavioural, hormonal, metabolic, and autonomic (your autonomic nervous system is responsible for regulating involuntary body functions, such as heartbeat, blood flow, breathing, and digestion) changes that accompany weight change.

To put it bluntly, your metabolism hasn’t broken or become confused, your body is simply “fighting back” against the weight loss you’re aiming to achieve.

We actually covered this topic in another article that you may want to check out. 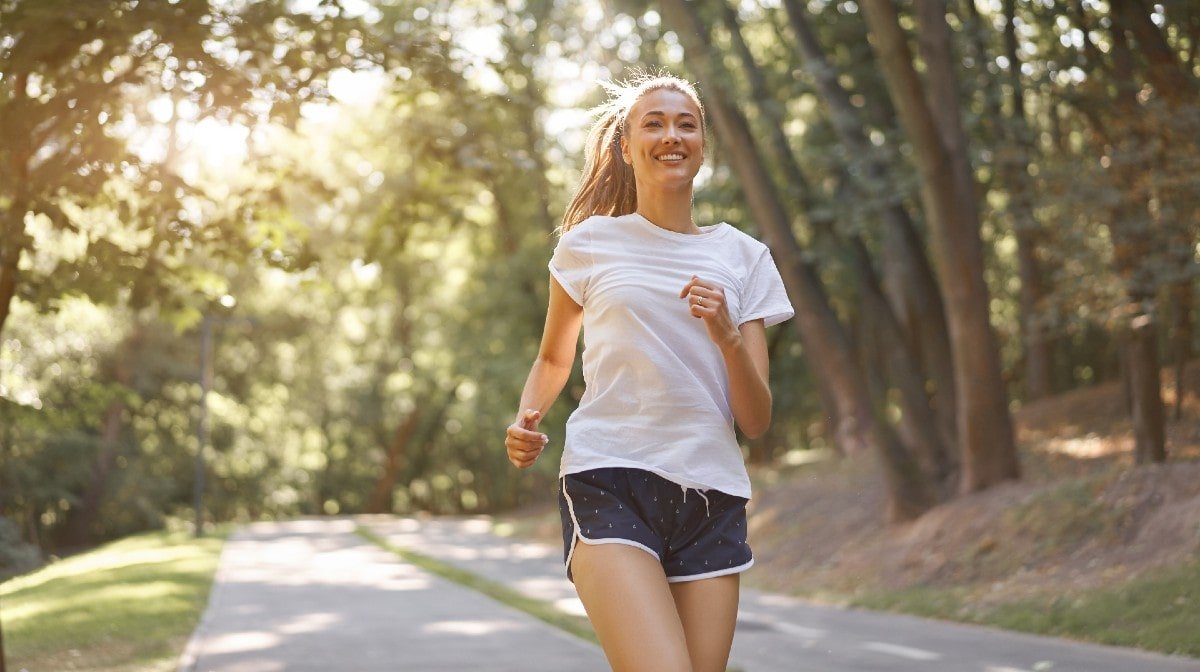 So, what can we do to fight back against the fight back?

Roll over and play dead?

Absolutely not. In fact, there’s plenty that you can do to override your physiological response and push through these plateaus and achieved successful and sustained weight loss.

So, what can we do to actually achieve successful, sustained weight loss?

Well, firstly, it’d be a lot of what we’ve already covered in elevating your metabolism:

Well, that’s great for keeping your energy expenditure firing on all cylinders, but what else do we have to do to achieve sustained long term weight loss?

A group of researchers drew up a large-scale study incorporating over 70 papers which laid out what they discovered were the keys to successful and sustained weight loss.15

The keys to successful and sustained weight loss were found to be:

They also found that those who tracked their weight, monitored their eating and maintained an active lifestyle were found to be generally more successful than those who didn’t.

One other strategy to avoiding any unwanted metabolic slowdown is planning in “diet breaks”.

All in all, the study was fairly lengthy (around 30 weeks of actual dieting) and yielded some interesting findings!

The researchers found that it was those following the intermittent dieting format who achieved greater weight and fat loss. The researchers believe this was because the diet breaks reduced the impact of adaptive thermogenesis (and that this approach is actually much more sustainable too).

Nor does it get confused.

If that actually happened, you’d be not alive enough to care all that much about a few pounds on the scale.

Our metabolism can change, however, especially when we’re trying to lose weight.

Adaptations to the size of our body, our body composition, the energy intake we have available and the makeup of our diet all play a factor in our metabolism and whether it speeds up, goes down or stays the same.

Leg Workouts for Women at Home or the Gym

Can You Still Build Muscle With Just Bodyweight Training?

5 Of Our Tastiest Pumpkin Recipes

How Did Lockdown Affect The UK’s Health? Survey Results Revealed | What We Can Learn In Australia?