Blog » Nutrition » 10 Nutrient-Dense Tinned Foods To Stock Up On

As travelling to and from the shops becomes less frequent, the necessity to include non-perishable tinned foods amongst your purchases has become increasingly more important.

While many are quick to criticise these tinned goods, canning can actually have a protective effect on the nutrients within foods. In fact, some are comparatively similar to their fresh counterparts even after a few months of storage.1,2

Studies have also shown that the canning process can actually increase the amounts of healthy compounds within a stored food!3

Whilst canned foods may not be as “bad” as you’ve been led to believe, there’s obviously still a need to select options conducive to your goals and optimising your health and performance. 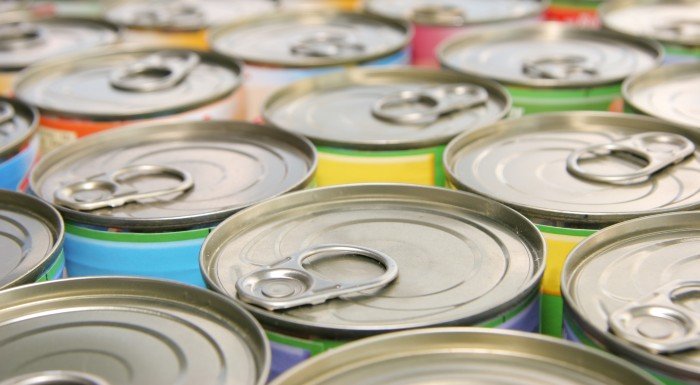 On top of that, it’s extremely calorie efficient. A 100g portion will land you somewhere between 110 – 130kcals. Most tuna species have approximately 2 grams of fat per 100g portion and minimal amounts of both cholesterol and sodium.

Baked beans are the epitome of most of our childhoods, but would it surprise you to know that these are absolutely jammed pack full of a whole host of health-benefitting nutrients and minerals? They’re an incredible source of plant-based protein, fibre, and other slow-digesting carbohydrates (which will help keep hunger at bay). They’re also rich in certain B vitamins, iron, magnesium, zinc, selenium and copper.

If you haven’t got this in your cupboard, then you’ve probably never cooked a square meal in your life. Here’s a few tips on how to use it; they’re a great addition to curries and soups, to bulk out stews and hash mixes or even to create homemade sauces.

They’re also incredibly calorie friendly and packed full of health-promoting vitamins. Canned tomatoes are arguably greater than fresh when you consider the canning process actually improves the bioavailability of certain nutrients as well as antioxidants.5 That one lonely tin won’t be left to lie for too much longer after reading this.

Mackerel has much of the same properties as tuna, however it is much richer in omega-3 PUFAs. In fact, a 100g portion of mackerel will land you around 2g of omega-3 PUFAs, which is well over the daily recommended intake.

Mackerel is also an important source of protein and B vitamins, particularly vitamin B12. A mere 85g serving will provide close to 700% of the recommended daily amount of vitamin B12. Not a bad catch!

Soups are wonderful — they give you that “feel good” factor when it’s a bit wet and miserable outside, but they’re also packed with goodness. Most will provide at least one, if not two to three portions of your daily fruit and veg intake, usually in a more calorie- and time-efficient manner.

It’s recommended that you keep an eye on the sodium when checking labels, however, most brands do offer a low sodium alternative option. 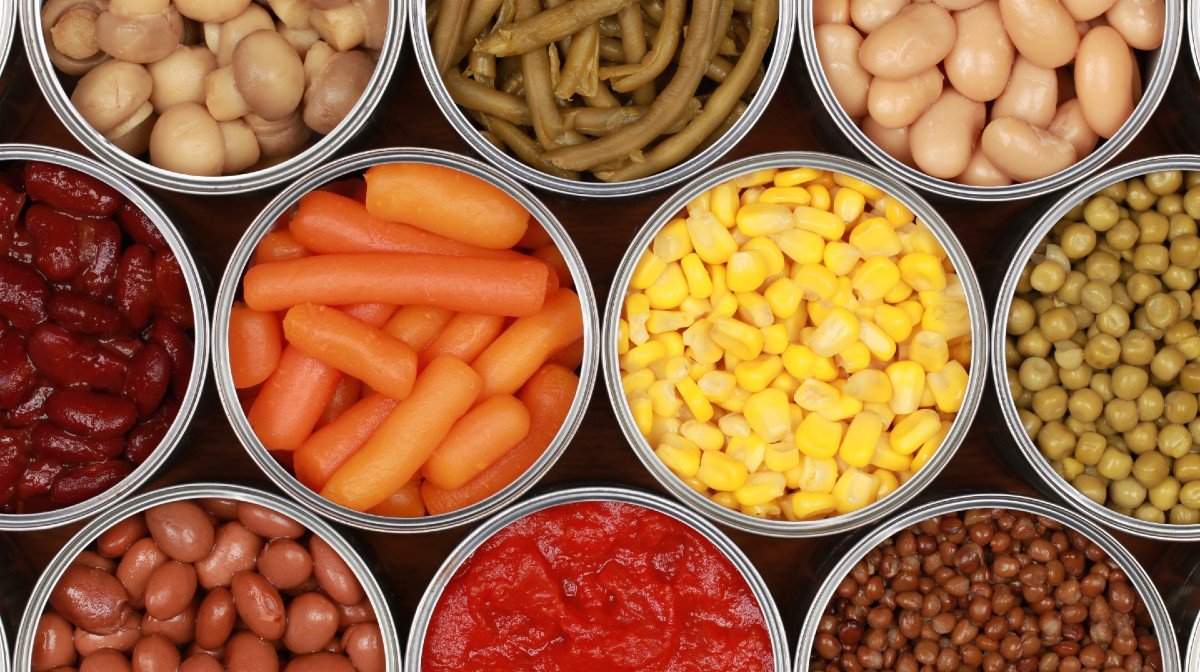 As we highlighted earlier, canned fruit can be just as nutritionally dense as its fresh counterparts and lasts much, much longer. Whilst there may be some loss of water-soluble vitamins during the canning process, the preservation of these over the long-term evens out.

Fresh may be slightly superior relative to tinned, but only in the context of consuming fairly immediately after purchase. Fresh also tends to be much more expensive and this is an important consideration to make.

Additionally, fruits tend to provide levels of those water-soluble vitamins far in excess of our daily requirements, suggesting that some loss may not actually be all that important anyway.

Canned veggies fall in line with canned fruit. Nutrients are preserved for longer and bioavailability of certain nutrients is actually enhanced thanks to the canning process.

Again, they do also tend to be cheaper than the fresh alternatives, so stocking up the cupboard with a few varieties of canned veggies is a great move, both for your health and your bank balance.

An inexpensive source of plant-based protein packed with vitamins, complex carbohydrates, and fibre. These little health gems are a must-have for any kitchen pantry cupboard.

Their use is as diverse as their health benefits — throw them into a whole host of dishes to up the nutrient density and munch along happily knowing that they also contribute to your recommended intake of five portions of fruit and veggies.

Something a bit different — who here has thought to add crab to their pantry?

Okay, well how about if you knew that crab was more calorie efficient than tuna, richer in protein, and arguably more nutrient and mineral dense?

Still not convinced? Well, what if you discovered that it was also just as, if not better, a source of omega-3 PUFAs than tuna? And, unlike many other marine food sources, a very low-risk source of mercury too.

It’s also really, really tasty, which should be the determining factor when it comes to convincing you to buy a can. Throw it into a whole host of dishes (crab tacos anyone?) and pat yourself on the back for taking the risk and trying it out — you won’t regret it.

Last but not least, lentils. Lentils are one of the richer sources of plant-based protein and a great alternative to animal sources (which may be higher in fat and or sodium). Being part of the legume family, they’re also a great source of fibre and other complex carbohydrates. Loaded with B vitamins, magnesium, iron and zinc, lentils are a wonderfully versatile addition to your cupboards and incredibly affordable too

Tins are most definitely the answer to limiting your shopping trips without missing out on delicious food that’s packed with nutrients. There’s no need to miss out on flavour, or eat the same old foods with a cupboard full of tins. So, get creative.

Calling all mums and busy women — this is how you get fit.

5 Ways To Keep Moving While At Home

This is gonna help you get those steps in.

Is Virtual Reality Fitness The Future?

Home Chest Workouts with and Without Equipment

How To Ease Yourself Back Into The Gym After Lockdown

How Bodybuilder Stays Lean While Travelling

Progressive Overload | What is it?