On the day after a heavy night of drinking, a workout is often the last thing that you want to do. You feel lethargic and often nauseous too, but what is it that makes you feel like this?

We’ll be looking at both the short- and long-term impact, and as you may expect, the greater the dose of alcohol consumed (and the length of time you have been consuming alcohol), the greater of an effect it will have on performance and recovery. 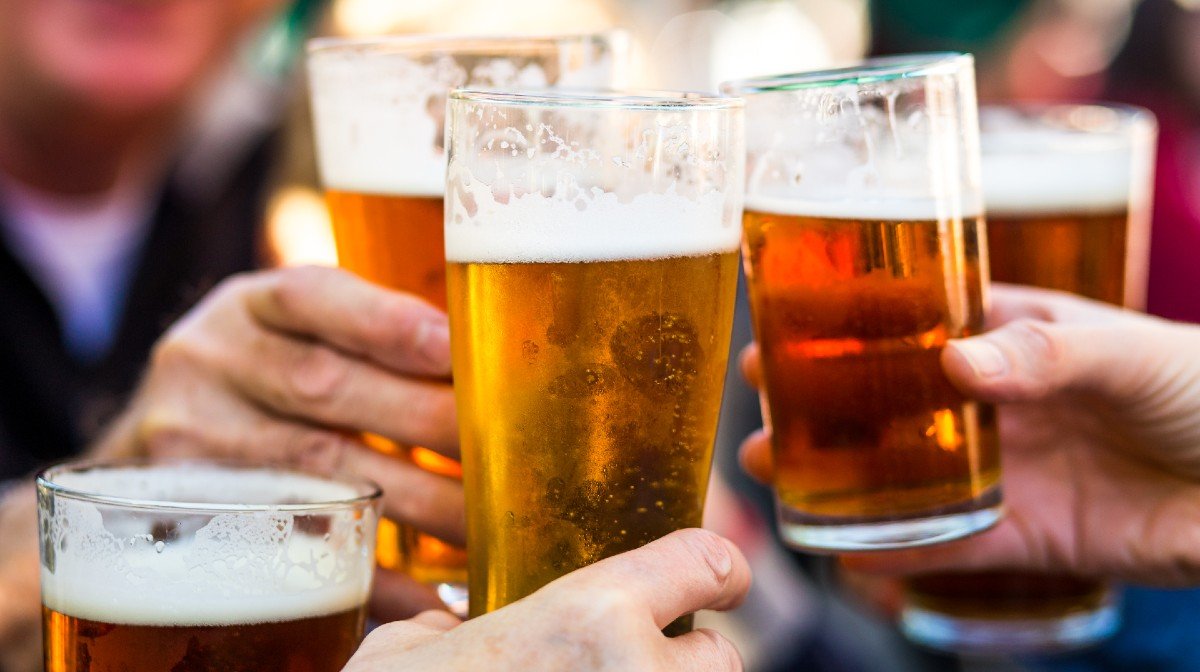 It doesn’t take a researcher to be aware that alcohol intake and its respective effect on our cognitive processing, coordination, feelings of physical sickness and its sedative properties aren’t exactly going to be overly conducive to you performing at your physical best.

Studies have actually tested acute alcohol intake in athletes and found it to have a significantly detrimental impact on exercise capacity.1

Additionally, researchers have established a strong link between alcohol intake and an increased risk of injury in athletes.1

There has also been evidence to show that alcohol can have a disruptive effect on nutrient metabolism and the ability of our muscles to produce energy during exercise.1 Oh, and if you were wondering about hangovers… yeah, they’re not great for any of the aforementioned either.

So, what can we do? Aside from abstaining from alcohol intake (which doesn’t ultimately suit most people), there are a few tips and tricks to minimise the impact alcohol will have on your body.

Firstly, have a meal higher in protein and or fibre to reduce the amount of alcohol you absorb through your gut before you begin drinking. These will also be the nutrients most conducive to supporting your body composition goals.

Secondly, stick to clear spirits (vodka and gin namely). Not only are they fairly simplistic to mix with zero–calorie mixers but they’re also the lowest in congeners — biologically active compounds found within alcohol that may increase the severity of hangover symptoms.2

Finally, hydrate and keep on top of your inflammation balance. Ensure that before you go to bed you have a glass of water or two as dehydration caused by alcohol can significantly impact exercise performance.

Increasing your anti-inflammatory nutrient intake over your pro-inflammatory intake will help minimise the hangover next day too and possible detriment to exercise. Swap out your after drinks pizza for a protein bar and a few pieces of fruit. Trust us, you’ll thank yourself for it the next day.

When we look at chronic alcohol intake in athletes, we do typically see a greater frequency of injuries and overall lower performance than expected.

It’s essentially the cumulative effect of the short-term impact building up over time; outcomes become gradually worse over time.

However, there is some interesting evidence showing that habitual drinking may actually help you acclimate to alcohol intake to some degree and restore some of the lost energy production capacity (but it’s not even worth comparing to non-habitual drinkers).1

Short-term impact on recovery and adaptation

One of the main contributors to recovery is increased muscle protein synthesis to repair the microtears which occur in muscle during exercise.

Harking back to the previous article, we mentioned alcohol intake interfering with muscle protein synthesis and how this relates to body composition. In the same sense, it would also have a detrimental impact on recovery — if your muscles aren’t being repaired, you’re not recovering. And, if you’re not recovering adequately, you’re not adapting to the exercise as well as you could be.

That’s the direct impact of alcohol on skeletal muscle, however passively it can also interfere with recovery.  That’s because it also impacts sleep quality and quantity as well as contributing to the increased intake of pro-inflammatory foods.

Alcohol not only disrupts how we metabolise and use protein but also carbohydrate. This can impact how well we restore our glycogen stores (our body’s internal carbohydrate stores which are the primary source of energy during exercise) after we’ve finished training.

It’s also important to know that illness can affect our body’s ability to recover. Alcohol intake may suppress or alter our immune systems and our body’s ability to fight off infection and pathogens, making us more susceptible to illness. The sicker we are, the poorer we will recover from a tough exercise session.

Long-term impact on recovery and adaptation

Long-term studies investigating the impact of chronic alcohol consumption have shown a reduced muscle fibre size (across the range of fibres) in both trained and non-trained individuals.1

It has actually been found that long-term chronic alcohol intake may actually be uniquely detrimental to our musculature. Chronic alcohol intake is associated with increased circulating pro-inflammatory mediators which can damage muscle tissue.3 If they’re not being adequately repaired then we will see muscular atrophy (breakdown).

There is data to support the notion that this will ultimately be detrimental to performance in subsequent exercise sessions.4 This highlights the important interrelated relationships which exist between recovery, adaptation and exercise performance, and why any disruption to any one of these elements should be avoided by athletes.

Alcohol has a negative impact on both short-and long-term on exercise performance, recovery and the adaptation phase. The significance of this impact is influenced by the dose, and chronic alcohol drinkers will notice a significant reduction in performance, recovery, body composition and overall health state as time progresses.

Small to moderate or sporadic intakes of alcohol may be the best approach. A way to balance both social life and your health goals. Small to moderate intakes will likely not have as much of an impact in the short-term, whilst for those who prefer more of a “blow-out” once in a blue moon, drinking session are unlikely to have any long-term impact.

You may not be able to fully avoid the physiological effects alcohol will have on a cellular level but at the bare minimum reducing the severity of your hangover will help you get back to exercising sooner rather than later.

Stick to clear spirits and zero-calorie mixers, have a few glasses of water and keep a vitamin C tab close to your bedside for before sleep and the first thing to get your body back on the right track!

Want to find out more about how alcohol impacts your training and goals?

Do I Need To Ditch Alcohol To Lose Weight?

Don't throw your beer away just yet...

Leg Workouts for Women at Home or the Gym

5 Supplements That Support The Immune System