Stuck inside? Living in rainy Britain? You might be feeling like you’re missing out on some much-needed sunshine and this could well be the case. As the main source of vitamin D, getting enough sunshine could be critical for the normal function of many systems in your body. So, before you book a holiday somewhere hot, you might be happy to know that there’s a much cheaper way to get your vitamin D — read on to find out.

In this article you can find: 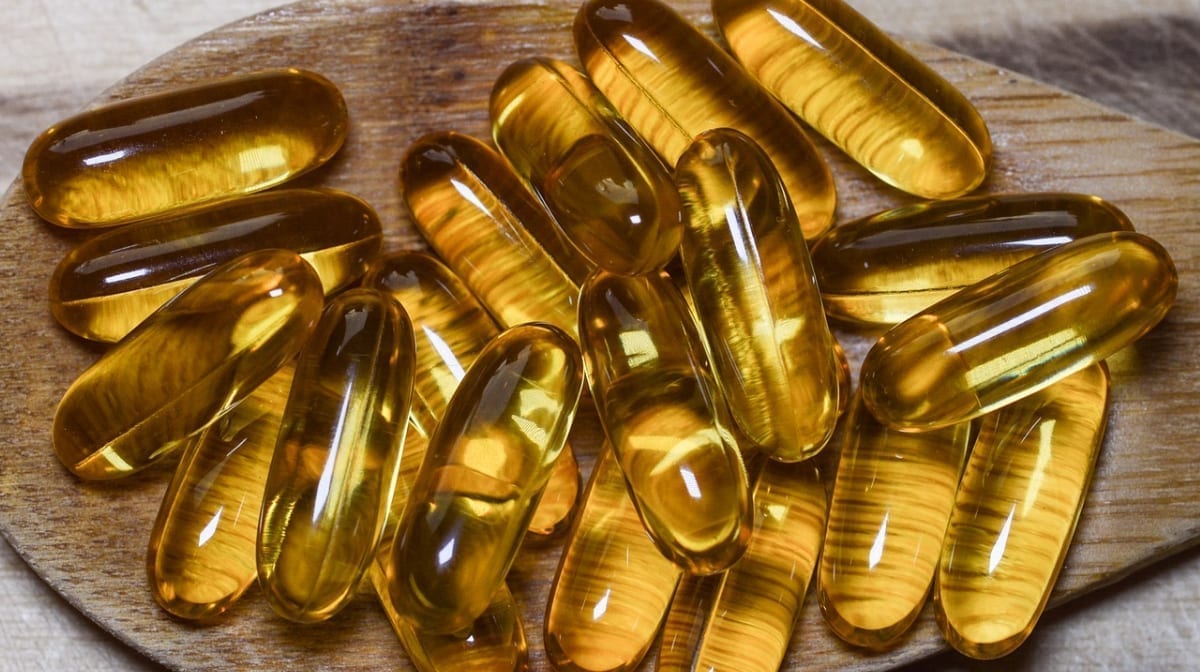 What is Vitamin D?

Vitamin D is an important vitamin for overall health, as well as strong and healthy bones. It can be found naturally in small amounts in a selection of foods, including oily fish such as herring, sardines, tuna, and mackerel. It’s also found in mushrooms that have been grown in ultraviolet light. To make this crucial vitamin more available to the everyday consumer, foods such as juices, dairy products, and cereals are often fortified with it.

Most vitamin D can be obtained through exposure to sunlight — in fact, you obtain around 80-90% of it this way.1 When your skin gets exposed to the sun’s rays, it starts to produce vitamin D. However, sunscreen, cloudy weather, and the type of clothing you’re wearing can limit UV rays. So, unfortunately, unless you’re living somewhere exotic, the chances are you’re missing out on this essential nutrient needed to boost your health levels. The highest levels of UV exposure only occur year-round near the equator. The best compromise between enough and too much sun exposure is to get 5-30 minutes of sun exposure on your face, arms, legs, or back between 10AM – 3PM at least twice a week.1

Vitamin D is a vital factor in ensuring that your muscles and organs, such as your heart, lungs, brain and liver work efficiently, which is especially beneficial for athletes and individuals living an active, healthy lifestyle.2 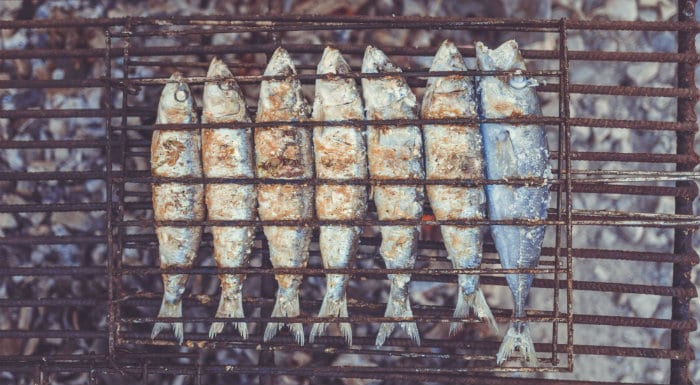 Vitamin D in supplemental form may refer to two different chemicals. The two most common forms available are the vitamins D2 (ergocalciferol) and D3 (cholecalciferol). Testing shows that they both have equal health benefits in the recommended dosages, although their actions may vary slightly at high doses – when the impact of Vitamin D2 is less potent.2

Vitamin D2 is manufactured from yeast and Vitamin D3 is the more common form produced in the skin sun exposure mechanism.2

According to some studies, vitamin D3 is the form in which the majority of people are deficient. To combat this, it’s available in supplements and in a range of fortified foods (e.g. spreads and cereal products). Foods in which this essential vitamin occurs naturally include egg yolks, milk, and fatty fish.

Despite its availability, many people in the UK are still vitamin D deficient, especially during the winter months in which ethnic minorities, pregnant women, and children are particularly at risk. As a result, vitamin D supplementation is widely advised, especially to breastfed babies, who don’t get Vitamin D in their mother’s milk.2

Some studies have found that the calcium and vitamin D supplementation can cause a decrease in LDL cholesterol and waist circumference. These potential benefits were seen in overweight and obese women who previously had low calcium intakes.9 More research is needed to explore this further.

Just like our muscles, our bones are constantly being rebuilt or “re-modeled” via mineralisation. Vitamin D helps to maintain bone mineralisation by ensuring there is a plentiful supply of calcium in the bloodstream. This is achieved by enhancing the absorption of dietary calcium from the large and small intestines. Studies have also observed a positive effect on the deposition of calcium in bone.3

If you do resistance training, you’ll know that aches and pains are pretty common. Vitamin D3 can help prevent and treat any longer term issues with weak bones and bone pain. This means you can stay stronger for longer by continuing to train as you age. 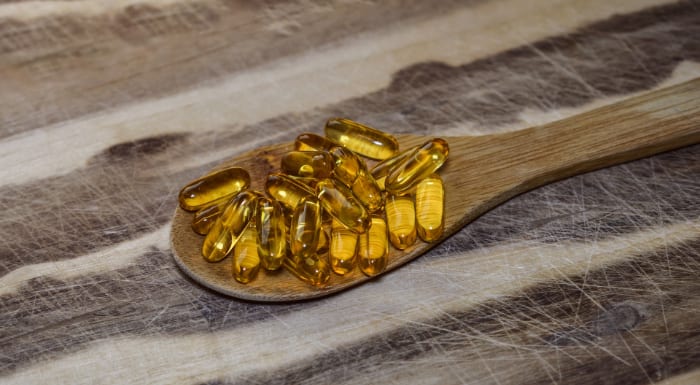 Vitamin D is generally safe when taken in the recommended amounts. Most people don’t experience side effects unless they take too much in supplement form. Your body protects itself from making too much from sun exposure. The recommended upper limit in adults is 4,000 IU per day to prevent side effects.2

The classic example of long term Vitamin D deficiency is rickets — a disease in children that causes soft bones and skeletal deformities from inadequate bone mineralisation.2 This is why milk is fortified with Vitamin D and supplements are recommended for breastfed babies. In adults, weak bones are the most common result of deficiency. Symptoms include bone pain and muscle weakness, but can be subtle.

It’s crucial to receive an adequate intake of vitamin D in order to maintain a healthy immune system and muscle function, which makes it an essential part of every athlete’s diet.

If you’re concerned about your Vitamin D levels (for example, if you follow a vegan diet and avoid sun exposure, talk with your doctor about the best course of action to avoid a deficiency. The following is a list of potential reasons to talk to your doctor about taking a Vitamin D supplement:

Serotonin, the hormone which controls your mood, rises when exposed to bright light and falls with decreased exposure. Scientists have concluded that feeling down may be an indicator of being vitamin D deficient, since you may not get enough natural sunlight.5

2. You are an older adult

As you age, your skin doesn’t synthesis as much vitamin D as when you’re younger. Additionally, older adults tend to spend more time indoors and may eat less Vitamin D-fortified foods.

3. You are obese or overweight or have undergone gastric bypass surgery

Although the two situations may be opposing, they both put you at risk for low Vitamin D levels. Those of a larger body size require more Vitamin D for optimum function, plus since Vitamin D is stored in fat it is harder to keep it in blood circulation. Gastric bypass surgery impacts the section of the small intestine where Vitamin D is absorbed, which puts the body at a disadvantage from obtaining enough from the diet.2

4. You have dark skin or very limited sun exposure

Who should take Vitamin D?

Vitamin D deficiency can occur across the population spectrum and is not limited to children, ethnic minorities or elderly people. Studies have shown it’s difficult to find populations not deficient in vitamin D, especially those where sunshine is not in abundance such as the U.K and Ireland.

Those with a darker skin tone, however, may be at greater risk of deficiency as they need more sun exposure in order to produce the same amount of the vitamin as someone with lighter skin.

Although both D2 and D3 variants are available in supplemental form, D3 is the most clinically recommended form to take. As an essential vitamin that isn’t largely synthesised in the body, it’s likely that most people would benefit from supplementation.

If you obtain vitamin D naturally from food or in supplement form, it’s converted into the active form and sent throughout the bloodstream.

Vitamin D can be found in various types of supplements. It’s available over the counter as a stand-alone vitamin, in combination with calcium, or is often included in a broad spectrum multivitamin. As previously mentioned, vitamin D3 is the version of this vitamin recommended in clinical practice to obtain the maximum benefits from supplementation.

Although there are several food sources of Vitamin D, they are not usually present at the same amounts in the diet each day. The most convenient and cheapest option for most people is to invest in a supplement. There are a few different kinds of supplements available. One is vitamin tablets, such as Vitamin D3. These are a great direct source and are easy to consume so you can instantly hit your daily goals!

Another great option is cod liver oil which has the added benefit of sourcing some of your daily vitamin A and essential fatty acids. These, too, are easy to take and are very popular.

Finally, you can opt to take a multivitamin. These do not contain as much vitamin D as the others so are best for those who do not need to increase their daily intake by as much, and those who would like to reap the benefits of other minerals (e.g. magnesium, calcium, zinc, selenium) and vitamins (e.g. A, E, B, K, and C).

Studies have shown that 2500 IU is an effective daily dosage of vitamin D without causing any adverse effects on participants whilst retaining all the benefits of this crucial vitamin. Numerous studies have also suggested that the current guidelines need to be reviewed to increase the minimum recommended dosage to a more effective level than is currently suggested in government guidelines.

It’s important to know the dosage of vitamin D before you go about adjusting your intake. Updated last in 2010, the US Institutes of Medicine (IOM) have currently set the dosage at:

Vitamin D is a crucial vitamin for everyone to ensure the health of your immune system, bones, and vital organs. There are lots of sources, however it’s best advised to take it as a supplement if you find that you’re deficient.

It’s hard to overdose if you follow the dosage information on your supplement or prescription.

Remember, if you believe you may be vitamin D deficient, it’s always best to consult your doctor rather than self-diagnose.

Looking for an extra boost?

Are You Getting Enough Zinc? | 8 Food Sources of Zinc

If you're eating these foods, you might be ok.

Cool Downs — What You Can & Can’t Afford To Skip

Meet Jamie: Decorator Off The Pitch, Decorated On It

What Is Inulin? | Benefits, Dosage & Side Effects