The Holy Grail of fitness might be the answer to the age old question of how to build muscle and lose fat at the same time. In the quest for gains in muscle mass and strength, ab definition often fades and everything begins to look a little bit, well, ‘softer’. After all, you’ve got to eat more calories to gain more muscle, but less calories to lose fat… right?

But is there a way to get the best of both worlds? 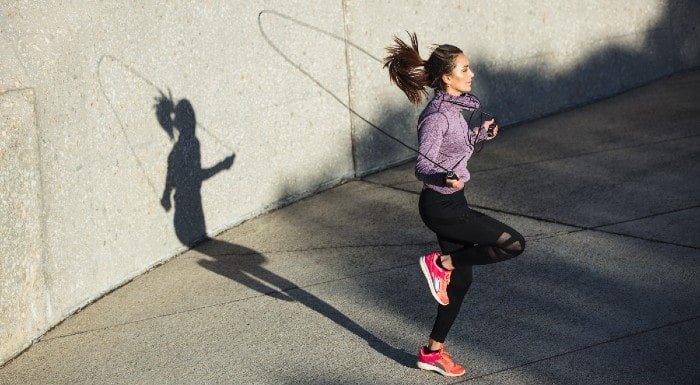 Can you build muscle and lose fat simultaneously?

The ‘how to build muscle and lose fat’ debate has been under scrutiny for decades, but here’s the good news: there’s been scientific development in the world of diet and exercise physiology.

Scientists have discovered that it’s possible to achieve both muscle gain and fat loss at the same time, and quickly, too.

The research, which was published in the American Journal of Clinical Nutrition1, assigned 40 young men to two different diets. Both groups of men ate around 40% fewer calories compared with their usual requirements, but one group consumed more protein than the other.

During the four weeks, the higher-protein group gained muscle mass (around 2.5lb on average), while the lower protein group didn’t gain any muscle – despite still eating above the government’s recommendations for protein, which is 0.75g of protein per kg of bodyweight per day.1

As well as gaining muscle mass, the higher-protein group also lost significantly more body fat than the lower-protein group. In fact, fat was the sole contributor to the participants’ weight loss.

The researchers proposed that, as well as being in a calorie-deficit, HIIT contributed to the increased fat loss seen in both groups, as studies have shown that 20 minutes of HIIT increases lipolysis (fat burning). However, they’re unsure why the higher-protein group lost more fat, as the groups’ calorie-intake was identical.

The lower-protein group at least didn’t lose any muscle mass, which is normally a consequence of just cutting calories and not working out at all.

Thomas and his team say they’d expect to see similar results to this study in women, and they hope to conduct another study with a female group.1

What do these results mean for muscle gain and fat loss?

The results of the study show that under certain circumstances it may be possible to gain muscle and lose fat at the same time.

To set up your calorie intake in a similar way to those who took part in the study, here’s the macro breakdown. However, remember to consult your GP before undertaking a new diet or significantly changing your macros in any way.

Ensuring your protein intake is high enough when dieting down is critical for maintaining muscle mass and even more important if you are trying to build muscle whilst losing body fat at the same time.2

The protein intake used in the study was 35% of daily calories. For those with an intake of 1500kcals, this equates to 131g of protein a day.

As the exercise protocol used in the study was extensive, as much as 6 times a week of combined resistance exercise and high intensity intervals, carbohydrates were kept at 50% of the calorie intake to allow the participants to recover properly and train at the right intensity throughout the study.

If consuming 1500kcals, this allows for 188g of carbohydrates.

As fat is not as important as carbohydrates for high intensity exercise performance or exercise recovery, a reduction of fat intake contributed most to the decreased calorie intake.3 Fat intake was brought down to 15% of the daily calories, which is at the lower range of the recommended healthy fat intake.

This study is encouraging for those looking to build muscle and lose body fat at the same time. The results suggest that by performing resistance exercise and high intensity interval training, whilst following the fundamentals of good nutrition, you may be able to build muscle whilst losing fat.

When looking to replicate these findings in your own physique, one factor to note is that the participants used in this study were described as ‘recreationally active’ and were not previously following a resistance training program. This may account for the increase in muscle mass as the exercise protocol would have been a big increase in activity. For those that are well trained, these results may be harder to replicate.

Consult your GP first to find out if this kind of macro split will work for you and your body.

Liam is an experienced personal trainer, helping clients reach their health and fitness goals with practical, evidence informed exercise and nutrition advice. In his spare time Liam has competed in numerous powerlifting competitions and enjoys hill walking, football and expanding his recipe repertoire in the kitchen.

Ectomorph Diet: What Food Should You Eat As An Ectomorph?