Qualifiers are over, and 32 teams are preparing to challenge for the most coveted prize in soccer. But when it comes to the ultimate Dream Team, which players and teams make the cut?

We analysed Google search volumes of almost 3,000 players to find out who would make the cut for Australia’s ultimate fantasy soccer team. We’ve also identified Australia’s favourite player from every international team. 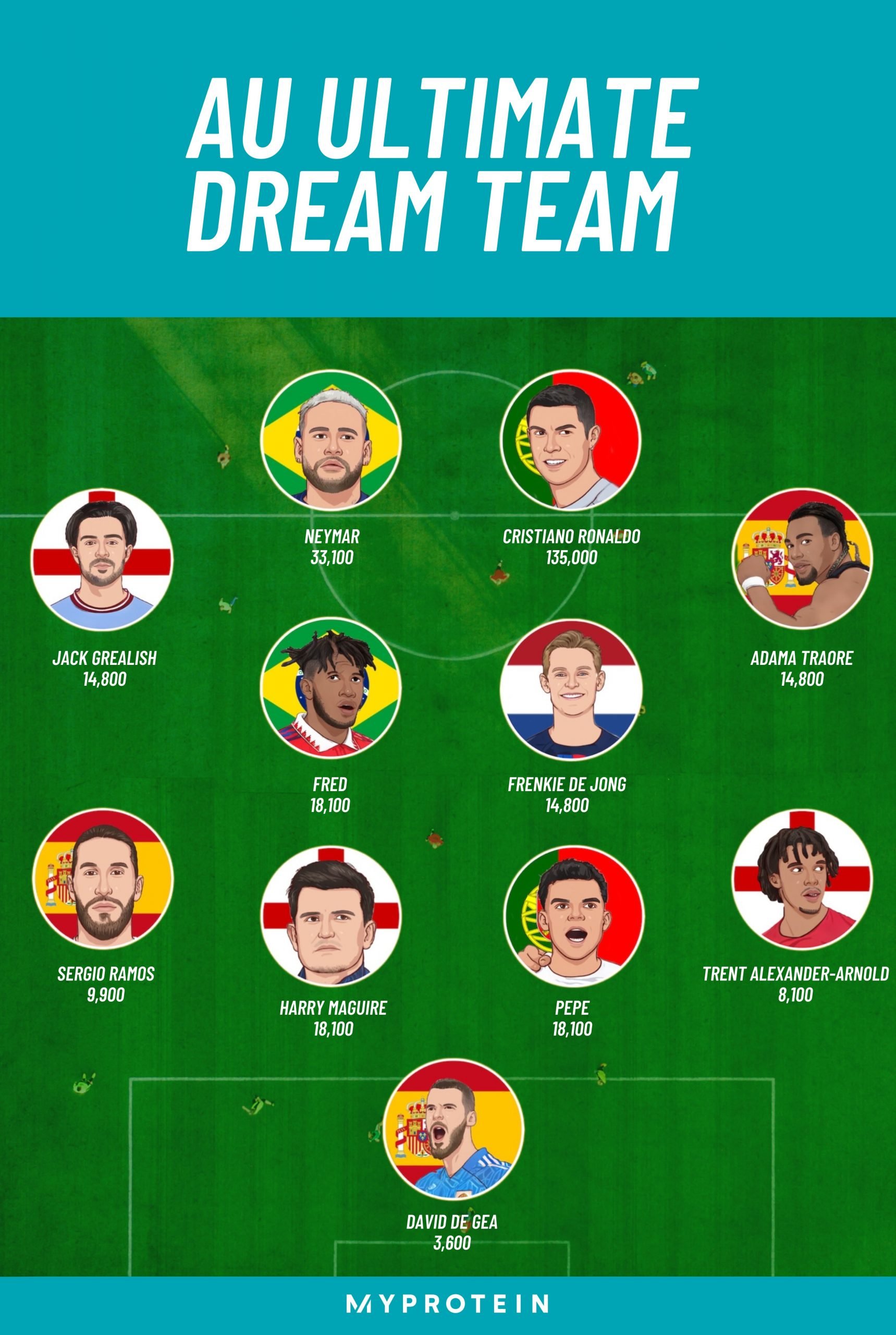 Top of the crop for Aussie fans is Portugal team captain, Cristiano Ronaldo, with an average of 165,000 searches per month. One of the all-time greatest players, he scored his 700th club goal in early October. A sign of things to come?

He’s followed by Brazilian forward Neymar, a prolific goalscorer and renowned playmaker who has an average of 33,100 searches per month.

Next up is Manchester United midfielder Fred, with an average of 18,100 searches per month. He’s followed closely by Man United teammate Harry Maguire and Porto centre-back Pepe, who both have 18,100 average monthly searches each.

Here are some of the players making up the rest of the squad:

Who are Australia’s favourite players?

As well as finding out the ultimate fantasy team, we also looked into Australia’s favourite players from every qualifying nation, based on average monthly Google searches.

Here’s what we found… 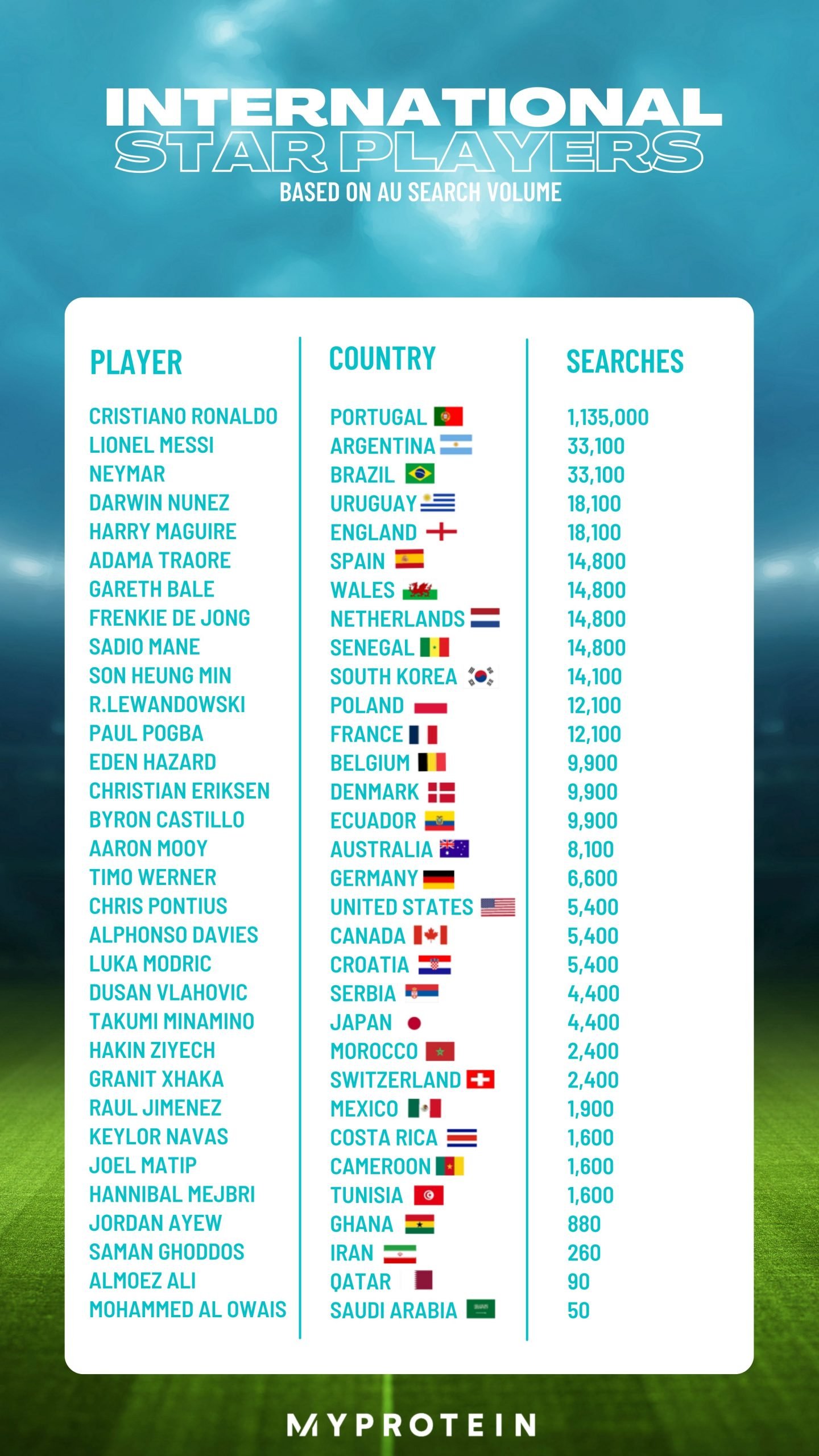 No matter how Australia perform in the finals, we’re behind them all the way. Whether you plan on following the tournament intensely with mates and some gameday high-protein snacks or just want to watch some of the world’s best footballers, there’s plenty to be excited about.

Keep calm and stay fuelled with our range of protein bars, foods and snacks, or prepare to replenish your energy supplies after the big game with our collection of vitamins and minerals.

We examined the Australian Google search volumes of over 3,000 soccer players, before arranging them into teams based on their position.

Star players were determined by the highest searched player in each qualifying international team, based on Australia’s average monthly searches.

Adele is a keen blogger and yogi with a passion for the vegan lifestyle. She loves exploring new (sometimes weird) foods, cooking & testing new recipes, and always appreciates a good sourdough.

What Are Abductor & Adductor Machines?

How Much Protein Do I Need?

How To Bulk On A Budget