Blog » Supplements » What Is Taurine? | Taurine Benefits & Side Effects

If you’ve found taurine listed in the ingredients on your energy drink, you might be wondering exactly what it is and what it does. Unlike some of the other ingredients in that can, this isn’t some scary chemical, but an amino acid. Here’s everything you need to know about taurine.

Taurine is an amino acid that occurs in some animal-based foods and naturally in some of our body’s tissues. Taurine makes up a large amount of the “free” amino acids that are circulating in the body instead of making up proteins.1 It contains sulphur, which makes it common in many of the body’s physiologic functions.1 Its role in many energy-related reactions makes it a common ingredient in energy drinks and related supplements. 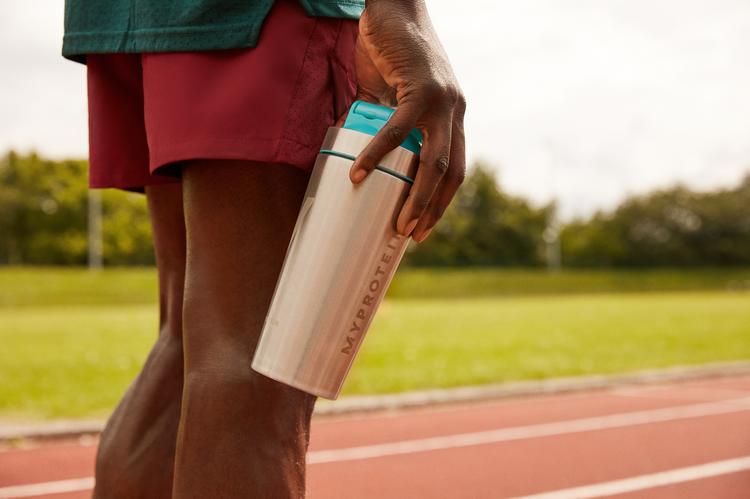 Where does it come from?

Taurine occurs naturally in your body, but is also found in common animal-based food sources. The highest levels of taurine in food occurs in meat, fish, and dairy products.2 It’s considered “conditionally essential” to the human diet, meaning your body has some of its own, but benefits from getting even more from food.3 Poor health conditions are often associated with low levels of taurine, implying that it’s crucial for helping prevent health issues. It’s also found in lower levels as we age, meaning it might play a role in aging.

What does it do?

Taurine plays a role in many functions in muscle cells related to the movement of calcium ions as well as the process in which ATP, the cell’s energy molecules, are turned over.1 It also assists with the stabilisation of cell members, anti-oxidation (the process of protecting your cells from the damage of free radicals), regulation of fluid balance, and stimulation of glycolysis and glycogenesis (energy processes). Simply put, taurine seems to be involved in many of the processes related to energy usage and muscle function. For this reason, researchers are fascinated with all of the possible impacts of taurine on exercise and performance.

Taurine is considered a nutraceutical due to its many varied impacts on health, including treatment of fatigue and muscle and improvements in immune function.4

2. May impact muscle and performance

The most desirable potential impacts of taurine are related to performance and muscle, as a possible ergogenic (performance enhancing) aid.

So, can it really make you stronger and faster?

The proposed benefits of supplementing with taurine are related to its impact on performance and muscle tissue. One study tested running performance after supplementing with taurine but did not see significant improvement.4 However, elevated levels of taurine post-exercise were related to quicker recovery and less oxidative stress on the muscle tissue.4

A more recent study built on this idea and showed significant improvement in performance during endurance exercise after just one single dose of taurine.5 This implies that body builders and cardio-based athletes may both benefit from taking it prior to their workout. Another study showed that muscles were able to sustain a greater load prior to contraction, meaning that muscles can sustain greater stress for longer periods of time.6

Taurine has great potential to help improve recovery after weightlifting by reducing the oxidative stress of exercise on the muscles post-workout. Although the previously mentioned study did not show significant performance enhancement of running, the subjects did show small increases in speed and decreases in heart rate, implying that they worked more efficiently after supplementation.4

4. Acts as an antioxidant and improves recovery

Taurine seems to act as a strong antioxidant that also improves the body’s own recovery response. So, it may work two-fold by preventing the damage and stress of exercise but also speeding up the muscles’ rebuilding. Because it’s a common ingredient in energy drinks, it was often thought that taurine in combination with caffeine was a requirement for ergogenic effects, however, a study that used taurine alone still showed a pdibasitive impact.

Research in the area of taurine supplementation is still new and limited to studies that focused on various groups of athletes in different sports and in different conditions. For this reason, the promising impact of taurine should be further investigated to help better advise athletes how to make it most useful for them.

The study that showed endurance benefits from taurine had varied recommendations between 1 and 6 grams in a single dose.5 Due to its presence in many animal-based food, it may be necessary in larger amounts for vegetarians or vegans. It may also show a greater effect in these populations if they typically function with sub-optimal levels of taurine and then begin to supplement. None of the studies showed any negative side effects of taking taurine, but any supplement may impact other medications or health conditions. It’s always best to speak with your doctor before starting out with a new supplement.

Taurine is a simple way to boost your supplement needs with potential performance improvements and definite impact on speeding up muscle recovery. It has strong antioxidant properties, even when not used in conjunction with caffeine. Its decreasing levels as you age means that supplementation may even help reduce some of the negative effects of the aging process. So, whether it’s in your energy drink, Friday-night steak, or as a supplement, taurine could be exactly what you need to feel on top form.

This 30-Day Arm Challenge Will Strengthen Your Upper Body

L-Glutamine | What Is It & What Does It Do? Benefits & Side Effects

The Scoop On Supplements | Alex Beattie Reveals All