Whether you’re just starting to get into fitness or you’re a gym addict, creatine is a supplement you will have most likely heard of, but what is it actually and what does it do? Other than our favourite supplement, whey protein, creatine is the most researched and scientifically studied supplement on the market, so much so that claims regarding this supplement are endorsed by the European Food Standards Aagency.

Despite this fact, many gym-goers still don’t have a knowledge of what creatine is and how it should fit into their training regime. This article aims to clear up some of your most commonly asked questions and shed light on some misconceptions.

When it comes to supplements, we sometimes go off hearsay, not fully understanding what we are putting into our bodies. This understanding of supplements – what they are and why you are consuming them – is very important.

Creatine is actually a chemical compound that occurs and can be synthesised directly in the body. It is used to supply the muscles with a particular type of energy called adenosine triphosphate (ATP). It is a combination of three different amino acids: glycine, arginine and methionine, and is naturally synthesised when we consume foods such as red meat and fish. There are however no significant dietary sources for vegetarians.

ATP is used rapidly during exercise and therefore not only are demands increased, but stores also need to be replenished. An increase in creatine demand can be difficult to achieve from your diet alone, which is why supplementation is usually recommended. Consuming creatine monohydrate can enhance the storage and availability of creatine phosphate in the body so it is readily available to make more ATP during exercise. 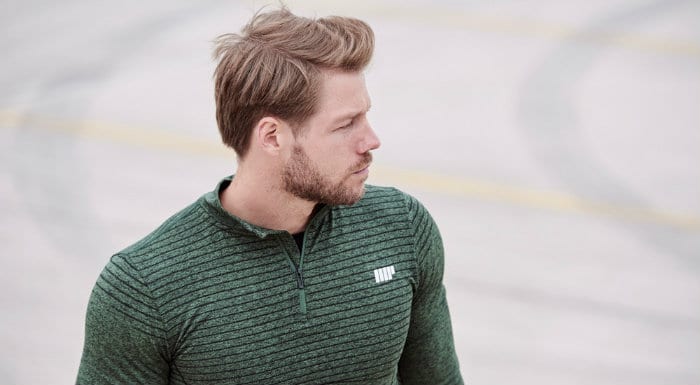 What does Creatine do & how does It work?

The path that creatine takes once consumed in the body is referred to as the phosphocreatine (PCr) system. It is generally used to describe its involvement in “high-energy phosphate” metabolism of cells and tissues with high-energy demands.

Creatine is mainly found in fast-twitch skeletal muscles. For those who consume it in large quantities, a large pool of PCr is available for immediate regeneration of ATP stores during short periods of intense activity. Furthermore, during intense, high-intensity exercise, the high creatine activity in these muscles means that the creatine-to-ATP reaction remains in a near-equilibrium state. It thus enables the body to almost constantly maintain a supply of energy (over several seconds). During intense exercise, the additional creatine essentially donates the extra energy to power our cells, and this in turn reduces the rate at which we fatigue.

The phosphocreatine system acts to provide the main source of energy for sporting activities requiring short bursts of high-intensity exercise, making creatine the most useful, must-have supplement when it comes to sporting activities such as weight training, sprints and and those using explosive movement.

Due to a large number of scientific studies that have been performed observing the effects of creatine, there is a whole host of evidence that illustrates how this useful supplement can boost performance, strength and power through various mechanisms (Bird, 2003). Because creatine is a fuel source; it’s your body’s first choice of energy when performing anaerobic exercise (such as running or cycling). By supplementing with it, you can act to increase creatine stores, providing your body with more energy for your training. In turn, this can allow you to lift heavier weights and increase the number of repetitions you can complete.

By pushing your body that little bit further, extra micro tears in your muscles can occu  (the ache that you feel in your muscles from training). Once repaired, your muscles will be bigger, faster and stronger. Therefore, creatine supplementation, combined with an effective level of training, can act to increase strength and lean muscle mass, as well as improve the performance of high-intensity activities in both men and women. Low-intensity, long-duration exercise however may not be affected by supplementation.

Additionally, during diets and periods of energy restriction, anaerobic performance and body protein can decrease when practised for weight loss. However, in a study by Rockwell et al. (2001), the effect of creatine supplementation during energy restriction was assessed. The study tested the effects of creatine on exercise performance (including 10 sprints of 6 seconds, with 30 seconds of rest), nitrogen balance, and body composition. In this study, candidates were either given creatine or a placebo for 4 days. For those who consumed creatine, the results showed that there was an increase in muscle and in the work done whilst sprinting during energy restriction – with unaffected protein loss.

Another benefit of creatine supplementation is that it can act to improve aerobic capacity (how able your heart and lungs are to supply your muscles with oxygen). For example, a study by Bleue & Goodman (1997), investigated the effect of creatine consumption on anaerobic exercise capacity. In their study, the 26 were either assigned to ingest either 5g creatine 4 times a day or a placebo (artificial sweetener) for 5 days. Each day the subjects were exercised to exhaustion. The time to exhaustion was revealed and increased and increased vo2 max (the optimum rate at which the body can effectively use oxygen) for up to 7 days after participants were supplemented with creatine. 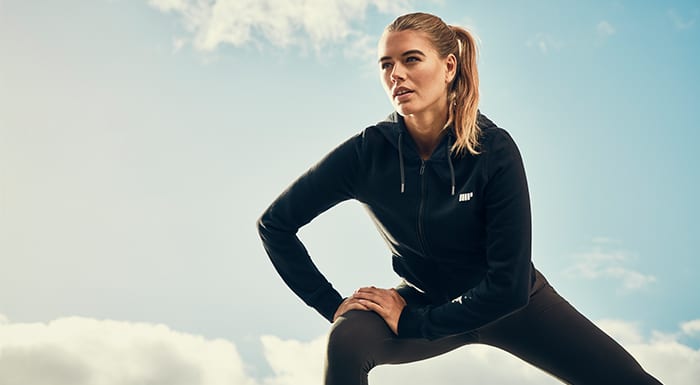 Creatine is not specifically a weight loss product, however, supplementing with creatine can increase your exercise workload and therefore increase the number of calories burned. Furthermore, by increasing lean muscle mass, creatine can act towards increasing your metabolism (the body’s process of converting food into energy).  However, while creatine may help you to lose weight by increasing your muscle mass, it is not a magic diet pill. You will only be able to lose weight if you are pushing yourself and performing exercise at high levels of intensity.

Another question associated with creatine is who it is suitable for. Can women use creatine, or will it make them big and bulky? The benefits of creatine mean it can be effective in all kinds of individuals; from gym-goers, sprinters and cyclists, to bodybuilders, powerlifters and vegetarians.

For women, the structure and force potential of muscle fibres is identical to that of men. This means the effects of creatine monohydrate on muscle tissue adaptation and ATP production are exactly the same for men and women!

The next question we are often faced with is when to take creatine. There are ongoing disputes concerning the best time to take it, and whether this should be consumed before- or after a workout.

Supplementing with creatine before a workout is based on the idea that, the greater the creatine concentration in muscles, the more ATP energy is available, meaning you can achieve a greater level of power during your workouts. This therefore allows you to sprint faster or lift more weight, so even more muscle can be gained!

However, during a workout, the body’s natural supply of creatine is easily depleted.It is therefore suggested to consume it post-workout. This can help to replenish your muscles and allow you to continue receiving all of the great benefits. This is especially the case when creatine is consumed in conjunction with carbs. It is thought that it should be taken with simple sugars like dextrose and alpha lipoic acid in order to elicit an insulin response — which can result in more creatine being transported to the muscles.

Generally, it is recommended to consume creatine after a workout, with the next best option being first thing in the morning, prior to a workout- but why not try it yourself! 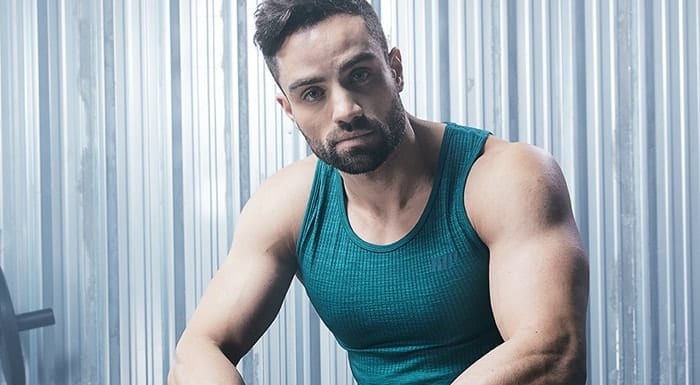 In the body, the liver produces approximately 2-3g of creatine per day and we can also find low concentrations in red meat, however, supplementing with extra can significantly increase the concentration of creatine in the muscles, so how much should we take?

Generally, two doses of 3-5g per day is recommended for 2 to 6 weeks, alongside a good weight training regime and diet. However, there is still a lot of debate surrounding the creatine loading phase and wheter or not this is necessary. You can read more about this in our article, Is the Creatine Loading Phase the Best Way to Gain Muscle?.

According to some studies that have addressed this question, going through a loading phase appears to be an effective and fast way to increase the amount of muscle phosphocreatine. Creatine loading involves supplementing with large doses of creatine, such as 20g for around 5 days, in order to fully saturate the muscles’ phosphocreatine content. This loading phase is then followed by a maintenance phase, whereby supplementation is reduced to a single, daily dose of 5g.

For example, the International Society of Sports Nutrition states that the quickest way to increase muscle creatine content is to consume 0.3g per kg body weight for at least the first 3 days, followed by a maintenance period of 3 to 5 grams per day.

Conversely, other studies, including one by Earnest et al (1995), contradict this, stating that a creatine “load” in skeletal muscle of humans can be achieved by ingesting 20g for 6 days. Alternatively, the ingestion of 3g per day over a minimum period of 4 weeks is also likely to be as effective at raising tissue levels as loading- just at a slower rate.

The side effects of creatine are uncommon- especially harmful ones, providing there is no pre-existent, renal condition that can cause stress on the kidneys.

There is however one tricky side effect of supplementing with creatine – and this is bloating. Creatine may cause an increase in water retention and water weight in the muscles. This means that sometimes the scales may appear to go up, rather than down!

The good news is that you can still make progress with any muscle-building and weight-loss goals while supplementing with creatine. Once the creatine cycle is complete, the water weight from your muscles should be lost within 2 weeks.

So, out of all the creatine supplements on the market, which one is best?

First of all, it is not advised to purchase liquid creatine monohydrate, as it is thought to be unstable and thus ineffective. Most creatines come in powdered form. They don’t generally appear to be anything special, and just need mixing with water for you reap their benefits. 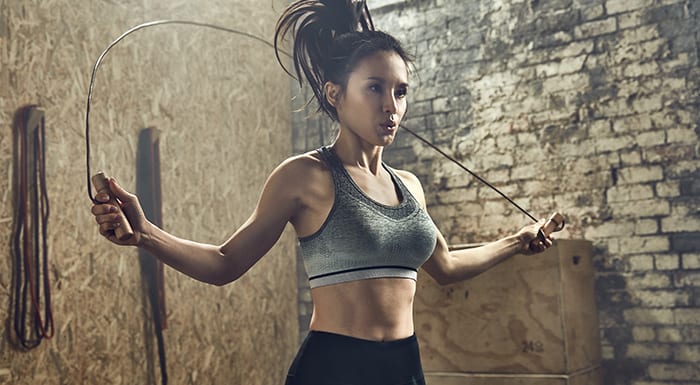 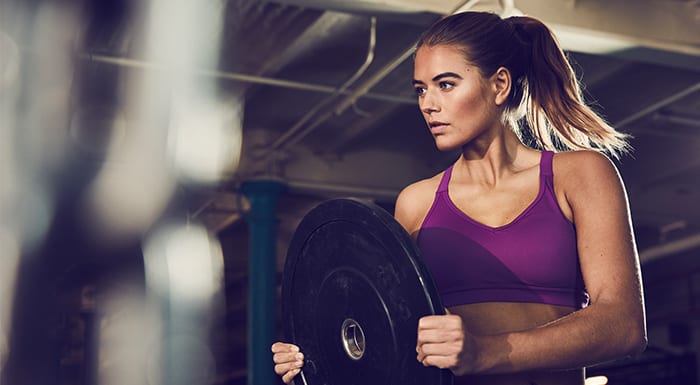 Creatine can be taken for a number of different goals, by different individuals, in different amounts and ways. It’s important to take this advice and find out what’s best for your body. Test out the methods for yourself and record your changes, after all, if the results aren’t what you desired, you can change and tailor your supplementation to suit your goals.